Crossing the Chasm Author Geoffrey Moore on Organizing to Compete

Most companies struggle trying to balance the conflicting demands of sustaining an existing business and taking on a disruptive challenge. Product leaders, in particular, must find ways to innovate in a competitive marketplace. Are you looking to cross the chasm, catch the next wave, keep the next wave from catching you? Silicon Valley icon Geoff Moore shares insights from Salesforce, Microsoft, and more from his book, Zone to Win: Organizing to Compete in an Age of Disruption.

Subscribe to the Product Talk podcast below and make sure you never miss a single product conversation with leading product executives. New episodes live every Wednesday!

LISTEN ON ITUNES
LISTEN ON SPOTIFY

On organizing to compete

Disruptors are fundamentally changing business. It’s what they’re designed to do, and some of them meet with great success. Those companies use a different model.

“In a digital world, I should not be hiring more people, I should be funding more programs, in which case, I should take money out of my operating model and give it to the infrastructure model in order to get more digitally effective.”

On all companies embracing disruption

Leaders in all industries can see clearly that they must embrace disruption or their companies will not exist for long. Even though they’re not disruptors themselves, they can restructure, or re-organize to compete and keep learning.

“We at least need to take some of our money and put it in the incubation zone, highly disruptive, but not at scale. Those experiments fail fast.”

On taking risks in resource allocation

Momentum and standard operating procedure will usually obstruct attempts at innovation and disruption, and most if not all stakeholders will be part of obstruction, not disruption. Organizing to compete is part of embracing disruption.

“I’m going to take something that might be 1 percent or one-half percent of total revenue. And I’m going to take it to 10 percent of revenue. I’m taking resources from the most profitable thing I can do, that I can do with the least amount of friction, and I’m pouring them into something that is the hardest thing I can do. It’s not clear it’s gonna succeed. And there’s no ecosystem. In fact, my existing ecosystem is in resistance to my idea. And my existing customer base thinks I’m crazy. And the customers I need, I don’t even know. So what happens is you start going through a J curve.”

On the J curve in venture capital

Venture capital invests in businesses that operate on a J-curve. Performance suffers for a time then grows. That period of low and even negative growth causes panic among investors.

“A large public company has investors who expect ‘steady-as-she-goes-returns,’ and you go into this J curve, and initially, it’s not that bad. Everybody’s cheerleading, and this is the new big thing, and we’re so excited.”

“But then it gets worse and worse and worse. Well, if you take your foot just slightly off the accelerator, it signals to everybody in the world, ‘We’re not going to do it.’ An enormous number of transformational opportunities are started, and a staggeringly few are finished. When you look at Apple and Amazon and Salesforce, it’s almost always because there was a founder who just said, ‘We’re going to make this happen.’ And so the CEO will just drag everybody kicking and screaming, including the board of directors.” 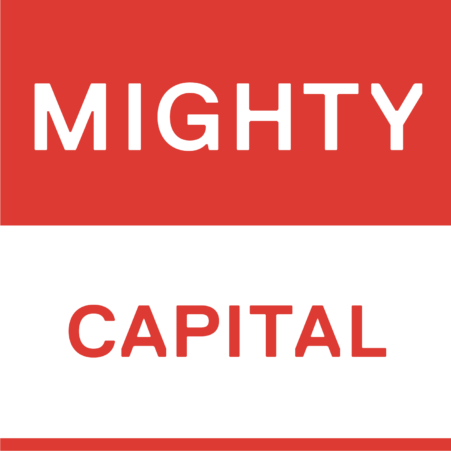 Product Talk is sponsored by Mighty Capital; turning ideas with traction into products that win.

SC Moatti is a technology visionary, entrepreneur and investor. She is the founding partner of Mighty Capital, a Silicon Valley venture capital firm, and Products That Count, one of the largest communities of product managers, leaders and founders in the world. Previously, she built products that billions of people use at Facebook, Nokia and Electronic Arts. She also serves on boards of both public and private companies, including mobile technology giant Opera Software (OPERA:Oslo). An award-winning bestselling author, Moatti frequently gives keynotes on business and technology, and has been featured in The Wall Street Journal, the Harvard Business Review, and on NPR. She lectures at Stanford Graduate School of Business, where she earned her MBA and has a Master of Science in electrical engineering. Andrew Chen, one of Uber's top executives, called SC “a genius at making mobile products people love.” For more information, visit scmoatti.com.

If you liked this post, please use the buttons to the left to share it with a friend or post it on social media. Thank you!

Professor Jesper B. Sorensen from the Stanford Graduate School of Business shares insights on visual thinking and strategy mapping.

ProfitWell Strategist on Pricing Models as a Strategic Lever

ProfitWell Strategist Rob Litterst shares how product managers can use pricing models as a strategic lever to drive monetization.

Don’t be left behind in your career. Join a growing community of over 300K Product professionals committed to building great products. Become a member for FREE today and get access to :

Coming soon for members only: personalized content, engagement, and networking.